Winning Teams Do These 5 Things Brilliantly 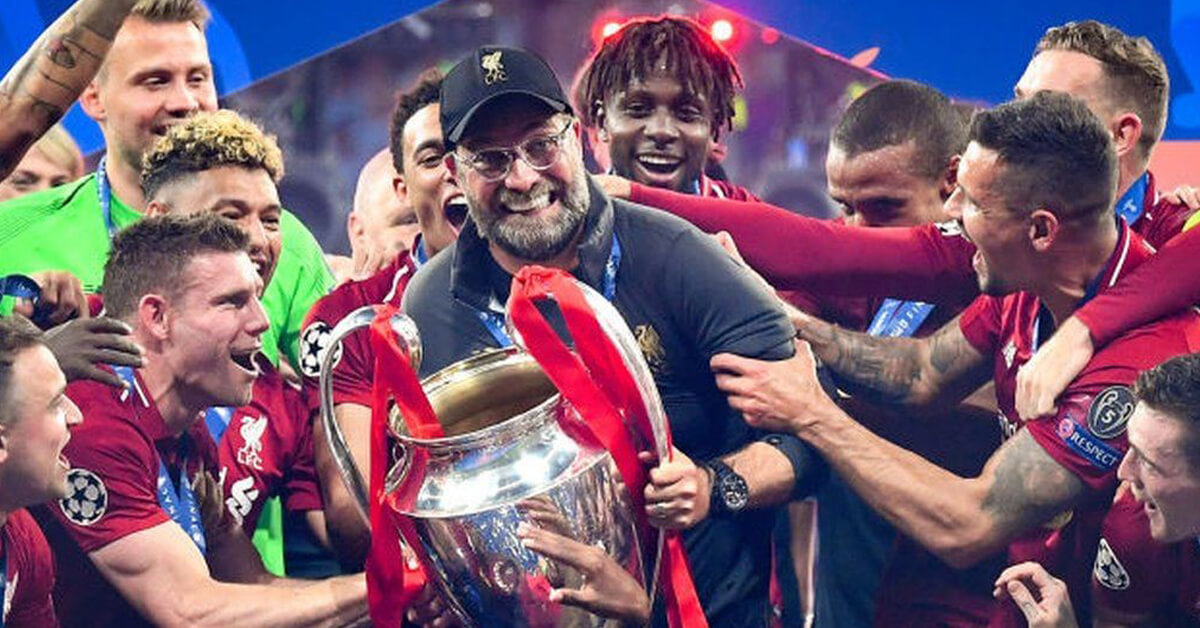 We all want to be part of winning teams, don’t we?

But in today’s ultra-competitive business environment, winning has never been more difficult.

Football is big business. Nowhere is more competitive than the Premier League.

So, what can you learn from this season’s runaway leaders, Liverpool?

And how can you apply these lessons to your business?

You may not be a Liverpool supporter or even a football fan, but here are 5 insights on winning teams taken from Liverpool FC’s winning formula :

1. Winning teams have a vision and a game plan

You have to find a way to win. Sitting tight, playing safe and not taking risks won’t cut it anymore.

Jürgen Klopp had a vision of playing a thrilling, attacking brand of football. He built his team to play that way, even when criticised over his defence.

20 wins out of 21 so far this season is a vindication of the Liverpool game plan.

Are you really playing to win?

The pursuit of success is relentless. The moment you stop, you will be overtaken.

The mantra according to Klopp is to:

No matter how good you are already, you can still improve.

In business, continuous improvement separates the best from the rest.

To get better, get your team together and look for small improvements in aspects of your business that you’ve not reviewed for a while.

The Japanese call this Kaizen. A process that helped their companies to out-compete their Western counterparts in industries from consumer electronics to automotive.

In business, you’ve got to be “proactive” and “goal orientated”.

Wayne Gretzky, the former Canadian professional ice hockey player, and many others have famously said:

Goals change games. The more shots you take, the greater your chance of scoring.

The lesson is clear. Whenever an opportunity presents itself grab it with both hands.

4. Individuals work as a team for the benefit of the team

Of course, Liverpool have fabulously gifted individual players but the whole is greater than the sum of its parts.

Regardless of the individuals who pull on the famous red jersey, the team continues to perform to the highest level. This is the epitome of winning teams.

Are you using the “smarts” of all your team?

Do you have a team in the truest sense of the word?

Or simply a collection of talented individuals?

The Premier League season runs from August to May. The key to finishing top is for a team to be consistently excellent.

It is no easy feat with the many distractions and disruptions that clubs face along the way. Injuries, transfers, cup competitions. They all add to the pressure to perform well week in, week out.

This is really no different from the business reality of getting excellent results throughout the entire financial year.

Liverpool’s 61 points from a possible 63 is the best evert start to a league season by any team in Europe’s big five domestic leagues. Now that is consistently excellent!

What underpins this fabulous start and what can you apply to your business?

Firstly, to understand where your vulnerabilities lie and to fix them. For you, it could be a system that needs updating or a process that slows you down or makes you inefficient.

Last season Liverpool were held to too many draws. The key to winning this season has been to control more of the possession and to tighten the defence.

The result is that Liverpool this season so far have conceded far fewer goals than any other team.

Secondly, to retain your top performers. In previous seasons Liverpool’s stars have been lured away by other teams just as they were hitting top form.

A charismatic manager, an adventurous playing style, supportive fans and the prospect of more on-field success have kept the big names at the club.

People are the most important asset of any business. So, you must do whatever you can to hold onto your best employees.

This is not just about salary. It is equally important to continue to invest in your peoples’ personal and professional development.

As with Liverpool, their loyalty and ambition to improve could make a crucial difference to your prospects for success.

As with football clubs, companies can go from heroes to zeros by doing the wrong things.

10 years ago, Liverpool were sitting 19th in the table having just lost to local rivals Everton.

Today they are European Champions, World Club Champions and runaway leaders of the Premier League.

So, these are the 5 lessons that I take from Liverpool’s success.

What other lessons can we learn?

Football is fanatical and partisan. I am a fan, but, as it happens, not a supporter of Liverpool.

Whatever team you support and whatever business you are in, I wish you every success.

If you are football fan like me and enjoy the parallels between winning on the football field and succeeding in business, be sure to check out these 2 posts: