What the Costa Rican Football Team Teaches Us about Teamwork 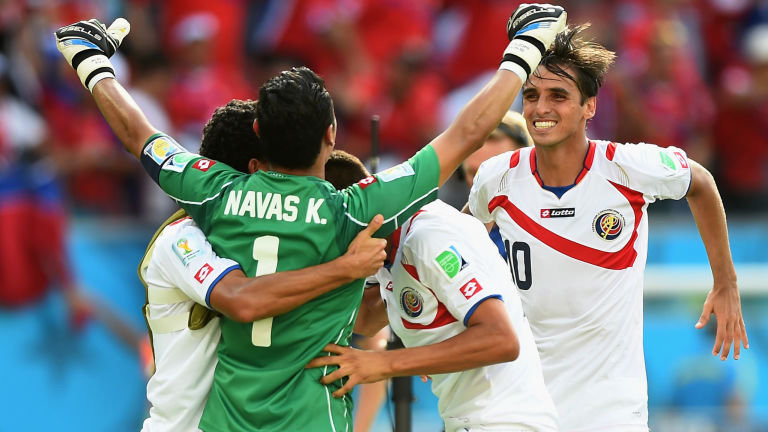 Teamwork takes you a very long way in football and in business.

This year’s thrilling World Cup has now reached the semi-final stage and four of the “big teams” are bearing down on the glittering prize.

But whatever happens from here on in, for many people the most remarkable team in this year’s tournament are “little Costa Rica”.

Somehow these minnows of world football managed to harness the power of teamwork to defy the odds.

Ranked a lowly 28th in the world, with a population of just 4.5 million and players drawn from a motley selection of mainly second tier clubs, many pundits expected Costa Rica to be the whipping boys of Group D.

Instead of making up the numbers, the team not only topped their group, (beating both Uruguay and Italy and drawing with England) but went on to concede only 2 goals and remained undefeated in open play,

In the end, they bowed out in yesterday’s quarter final in a penalty shootout against Holland.

So how did a nation that lost 3 of their 5 warm-up games go from zeros to heroes?

What Costa Rica teaches us about the power of teamwork

In their seminal work The Wisdom of Teams Katzenbach and Smith identified four essential elements that go to make up a winning team. These are:

How did Costa Rica develop their teamwork?

Their effusive Manager Jorge Luis Pinto instilled within the squad a strong belief in the individual and collective abilities of the players.

Moreover, he put in place for each game a strategy designed to achieve the best outcome with the skills and personalities at his disposal.

Each player also committed to achieve a standard of performance in each game – not just for his own sake but also for the sake of all of his teammates.

This tremendous team spirit was coupled with an extraordinary work rate.  Even when the team went down to 10 men against Greece, they were able to hold out through 30 minutes of extra time and go through to the quarter finals on penalties.

“Most bookmakers have Costa Rica coming bottom of the group. I understand it, but I don’t accept it. Once the game starts, if we have a good game plan it’s about strategy and about will. If you really want to prepare in an international manner, you can do it. The highest demands you can have are of yourself. It doesn’t matter which league you play in”

The overriding message for business as for football is that it is possible to win against competitors with greater reputations and resources.

How teamwork helps you to beat the odds

You do this by:

1. Focusing on what you are good at

2. Building a team that is greater than the sum of its parts

4. Believing in yourselves, in each other and in your common cause.

The eventual winners of tournament, Germany, also demonstrated exemplary teamwork. However, they went 3 steps further than Costa Rica in order to lift the trophy.

By examining their success which was 20 years in the making, we can unlock 7 secrets of playing to win.