Good to Great: How to Win with Continuous Improvement 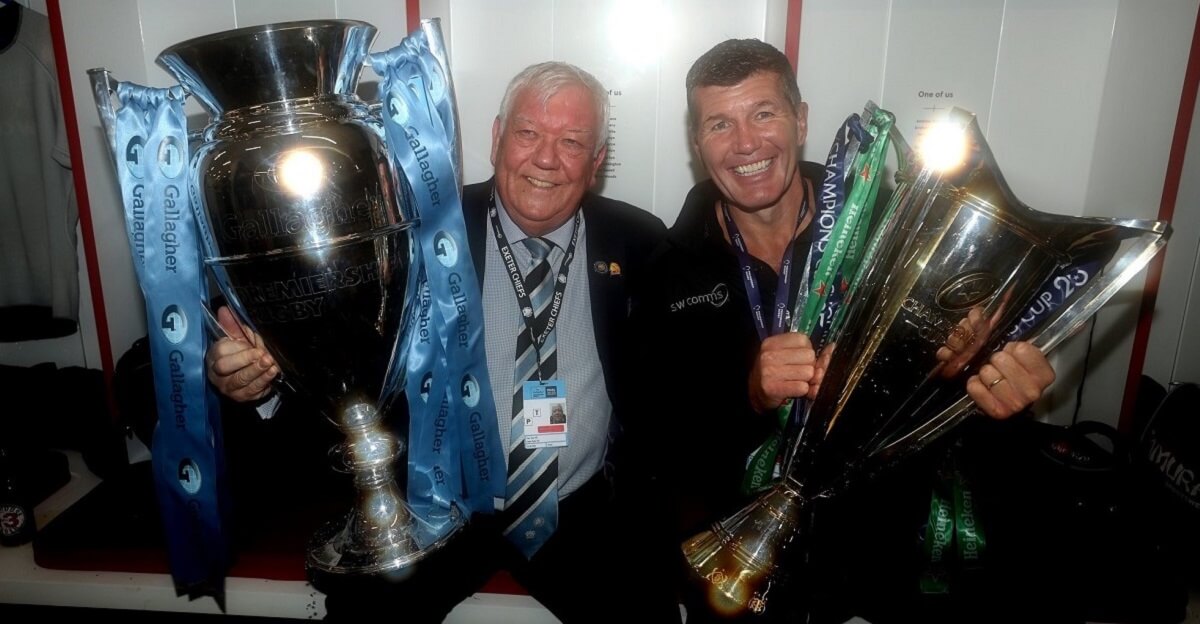 This is a true tale of continuous improvement. It’s drawn from the world of elite sport. But has clear lessons for the world of business.

Everyone loves a “rags to riches” story. It inspires and provides hope that no matter how humble our beginnings, we too might achieve greatness.

At the weekend, a previously unfancied rugby team from a small city in a rural backwater completed a remarkable achievement.

They became rugby champions of England and champions of Europe in the same season. A feat only previously accomplished by 3 teams before them.

For Exeter Chiefs, the hard-fought victory over Wasps at Twickenham Stadium marked the culmination of an incredible rise from the obscurity of the English 4th Division to the pinnacle of European rugby achievement.

As a boy, I used to watch Exeter play at the old County Ground. A dilapidated stadium where speedway and greyhound racing were much bigger attractions than the rugby.

There were no international players or superstars plying their trade in the Devon mud.

My PE teacher, Bob Staddon was the long-serving captain. He is now President of Exeter Chiefs.

“The way the club has moved on over the years, especially since the old days at the County Ground, is nothing short of phenomenal. To be part and parcel of not only the elite clubs in England but European rugby as well is a fantastic achievement”

So how do you rise from obscurity to stardom?

Indeed, it was his ambition, planning, determination and business knowhow that built the off-field platform that led to on-field success.

It was his vision which took the team from the old ground near the congested city centre to a modern purpose-built stadium on the outskirts with easy access from the motorway.

Continuity of leadership has been a key factor in Exeter’s steady rise. Tony has been Chairman since 1998.

Similarly, Head Coach, Rob Baxter has been at the club for a long time. Like Bob Staddon, Rob was a former club captain who joined the Chiefs way back in 1987.

Appointed Head Coach in 2009, he gained promotion to the Premiership in his first season in charge. This was the first time in 139 years that Exeter had ever played in the top tier of English rugby.

Many top pundits at the time predicted instant relegation back to the Championship.

How wrong they were. Tony and Rob had no desire to be makeweights.

They didn’t indulge the press’s fascination with “plucky little Exeter” as the team finished 5th in their first season in the topflight.

Their sights were set on getting better, winning the next game and continuous improvement on and off the pitch.

In 2013 the team picked up their first every major trophy lifting the LV Cup after beating Northampton.

In 2016, they contested their first Premiership final. A year later they won the trophy. For five consecutive years, Exeter Chiefs have been at Twickenham for the annual end of season showdown.

Asked how the team had achieved this incredible feat, Baxter highlighted one thing above all else: continuous improvement

“The only thing we’ve ever tried to achieve is to be a little bit better. Either month by month. Or six months by six months. Or year by year”

Examples of continuous improvement in action

Like the much-told story of how GB cycling went from tragic to magic Exeter Chiefs focused on getting a little bit better in every area possible.

Here are three examples of how they achieved this:

Exeter Chiefs are one of the fittest sides in professional rugby. Their performance in the last 10 minutes of the European and English Finals was arguably the difference between winning and losing.

But just how did they become so fit?

They appointed a former Royal Marine, Mark Twiggs, to oversee all aspects of the club’s conditioning programme.

Continuous improvement means pitting yourself against the best. This is why you will often see the team training alongside the Royal Marines.

Today, Exeter Chiefs are a model of effectiveness and efficiency. This is vital for consistently strong performance in sport and in business.

The adage “the best team wins” holds true in any field of human endeavour.

These days Exeter do have some star players, but unlike many other clubs, these stars are mainly home grown.

They’ve learned not just from their coaches but also from seasoned professionals.

Rob Baxter is a talented recruiter. He carefully selects which senior players to bring in from other clubs. He assesses not only their on-field talent but their personal qualities.

In so doing, Rob hires individuals who will make the team better and contribute to the club off the pitch as well as on it.

Dean Mumm, Thomas Waldrom, Julian Salvi, Gareth Steenson, and Geoff Parling all came to Exeter from much bigger clubs. These players set the standard and the example for the young up-coming stars of tomorrow.

And Rob Baxter has never been afraid to select his youngsters ahead of his established players in order to give them valuable experience and accelerate their learning.

Sometimes this comes at the expense of an on-field loss. However, continuous improvement requires regular exposure to opportunities to learn and develop.

Sacrificing a short-term win for a longer-term victory on a bigger stage is a small price to pay to learn more quickly.

In this way, Exeter Chiefs are similar to business organisations that build strong teams by developing their own talent and recruiting well in the wider marketplace.

Exeter Chiefs are the only team in the English Premiership to make a profit.

If you are to sustain success over the longer term you need to build on solid foundations.

Continuous improvement means that you add structurally over time, building towards your ambition in small steps.

The pressures in elite sport are intense. The temptation is to overlook these small steps. To aim big, to buy success or even to bend the rules.

Throughout the period of the rise and rise of Exeter, turnover and profitability have increased through increased attendances, television rights, merchandising and the Exeter Chiefs bond.

This has enabled the club to develop the Sandy Park stadium facilities and the team at the same time.

In an interview with Devon Live back in March 2017, Tony Rowe restated his ambition for the Exeter Chiefs to be the top club in England and Europe.

He didn’t set a target date or announce a grand plan. He said simply:

“It will happen. We’re not in a big hurry. We’ve got lots of time because we are commercially sound and successful. So there’s no pressure. We have a great team and great coaches. So great things will happen.”

In summary: Continuous improvement is a winning strategy

Continuous improvement is the main driver behind the remarkable rise of Exeter Chiefs from humble beginnings to the best rugby team in Europe.

This is no overnight success story. It is a tale of continuity and commitment, built step by step on sound financial and sporting foundations.

The good news for sporting and business teams is that continuous improvement is a winning formula that most organisations can replicate given sufficient time and a relentless dedication to excellence in execution.